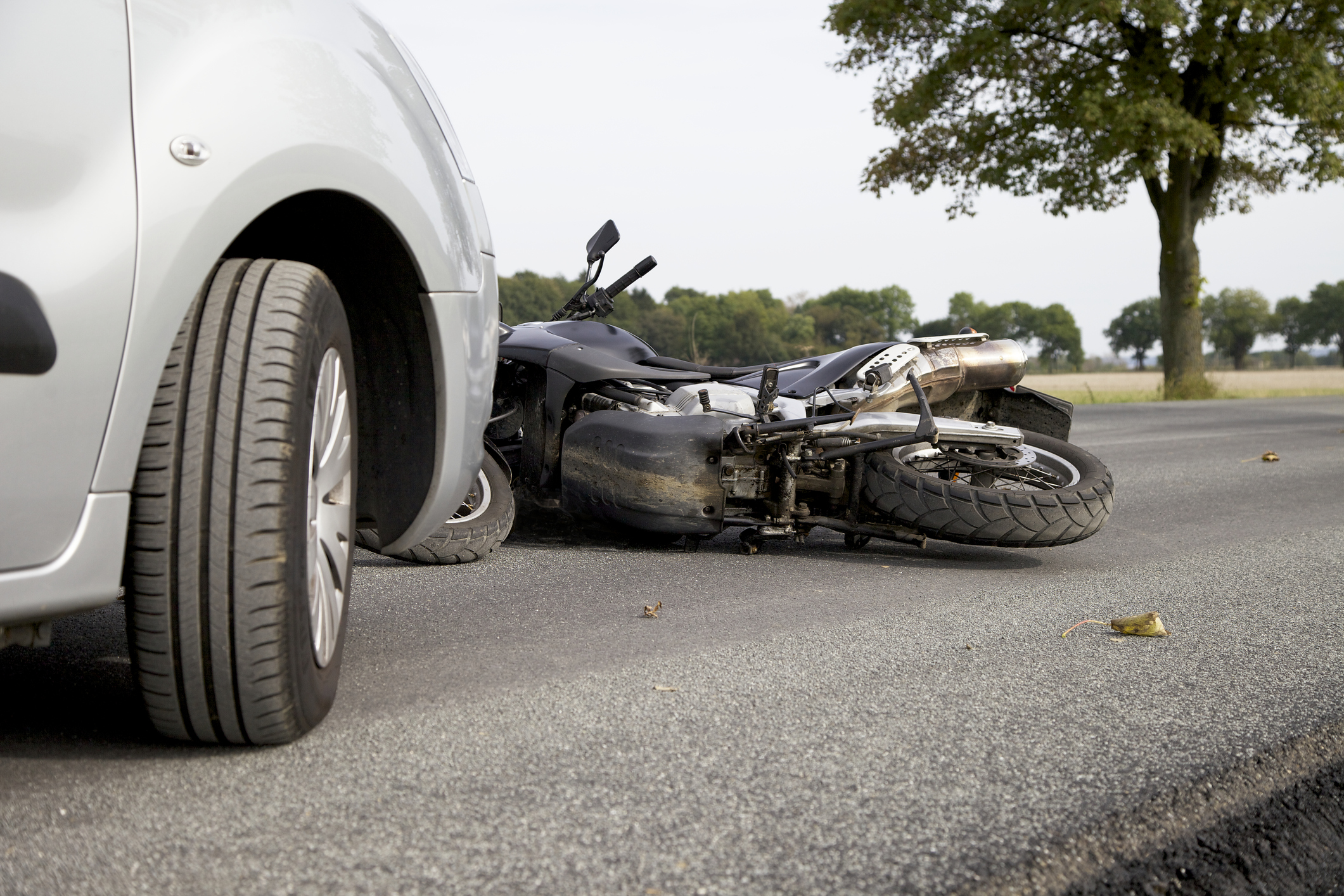 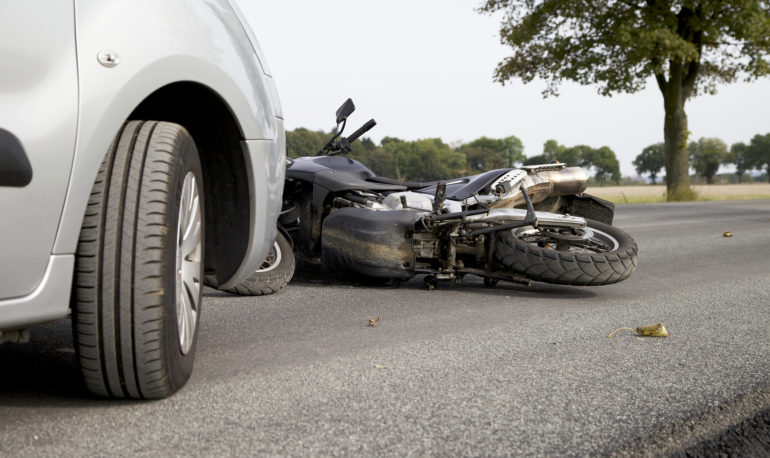 So a follow up to the accident reconstruction post, I said that the Time-Speed-Distance triangle was not just important to as an attorney working with experts to reconstruct accident cases, but also to us as riders. We are so used to navigating the streets that 60 mph doesn’t mean anything to us in practice, but it translates to 88 feet per second (90 for simplicity sake). A standard lane in Nevada is 12′ wide. So in one second at 60 mph, we would cross 7 1/2 lanes of traffic in an intersection. Its less than 1.5 seconds to cross Rainbow at Sahara at that speed. You are used to the distances when looking over your handlebars or out your windshield, but try standing on the corner and looking across the street and imagining 1.4 seconds to cross that entire intersection, and it changes your perspective. As a rider, we hear it all the time, “keep your head on a swivel” and “look where you want to go”. The science behind that is if you are looking 60 or 70 or 90′ in front of you, you are not looking far enough ahead to be able to do anything about upcoming hazards. 60′ sounds like a long way if you just think about it, or pace it off in the parking lot and look back, but on the street, its nothing. At 60 mph, you literally need to be looking 300′ ahead. Because there’s nothing you can do about what’s 100′ ahead. Another way to illustrate this is to break down a stop from 60 mph, assuming best case scenarios.

First part of stop is recognizing the need to stop, or perceiving and reacting (P/R). That’s the “oh shit” moment and the initial reaction to a hazard. The newer science suggests that takes 2-3 seconds, while the traditional rule of thumb is 1.25-1.5 seconds. the difference is the traditional rule was derived from test subjects who knew they were being tested and what they were supposed to react to. Modern testing has come up with variables including known and unknown hazards and timing. Unknown hazard with unknown timing such as a car shooting out in front of you from a driveway, may take up to 2-3 to perceive and react to. So if you are anticipating that every car and dog and child with a ball is trying to kill you, you can shorten that P/R by keeping your head on a swivel and watching, anticipating and planning, you can shave 1-1.75 seconds off your P/R time. At 60 mph or 90 feet per second (FPS), 1.5 seconds of saved P/R time is 135 feet. That means you start braking 135 feet sooner than if you didn’t see and anticipate a car doing something stupid in front of you. That is difference between riding your bike home or riding an ambulance. On a good day, known hazard, known timing, you will travel between 112 and 135 feet between the time something happens and your brain sees it and starts a reaction sequence.

The next part of a stop is reaching for the brakes and applying them. We have actually been involved in testing on these issues. If you cover your brakes, you are going to save about .5 to 1 second off time that it takes to move your hand up and get it positioned to start squeezing the lever. If you don’t cover your brakes, you can go ahead and add another 45-90 feet of distance to your stop from 60 mph. The initial lever application is something we specifically tested with an engineering firm. We got between .4 and .7 of a second to get measurable deceleration after application of the brake, meaning that’s the mechanical delay involved with pushing fluid through the master, down the line and into the caliper, for the pistons to extend and begin slowing the disc. Sport bike time was .4 and cruiser bike time was .7. Round that average to .5 seconds and there is another 45 feet.
Then the braking begins. A good rider, with good warm tires, on a well maintained bike on a good clean road can haul a bike from 60-0 in an average of 125′. Some bikes might be a little less, some slightly more. Even 110′ is nearly 12 lane widths you cross before stopping.

Start adding those numbers, and on a good day, with good conditions, where you anticipate and react quickly, and you are covering your brakes, it takes a football field to stop from 60 mph. That is more than double that intersection at Rainbow and Sahara. That’s the math. That distance can be dramatically longer if you do not “see it coming”, if you are not covering your brakes, you are not maintaining your equipment, you have old tires or a cold or dirty street, or other less than ideal conditions.

So that is the tie-in between motorcycle accident reconstruction and the T-S-D triangle, and the lessons we can take away to be better, more accident avoidant riders. Its not negligent to ride without covering your brakes, it won’t impact your personal injury case, and frankly, not too many lawyers would even know to ask that question. But if the goal is to not have a personal injury case, you can see the value in learning these skills. A friend once told me you can be right, or you can go home. He called it “dead right”. If a car pulls out in front of you and you avoid it, the driver is still an asshole, but you lived. He was wrong, and you were right, and if you hit him, you would have a great case, but at the end of the day, its more important to get home in one piece than it is to have a great case.
This is also another reason it pays to actually hire a lawyer that rides and who understands these issues, as opposed to a lawyer who uses a bike for a prop in an advertisement, or who pays a marketing company to promote themselves as “biker attorneys” that you have never seen even posing on a bike, let alone riding a bike. They are never going to understand these issues and how these issues can be used to win and lose cases. Jurors don’t understand these issues unless they are educated about them, and many motorcycle accident cases are lost because jurors bring their car experience to the deliberation room because the biker’s lawyer didn’t know there was any difference that needed to be explained to the jury.

There are two more parts to this series, coming up in the next week or so. 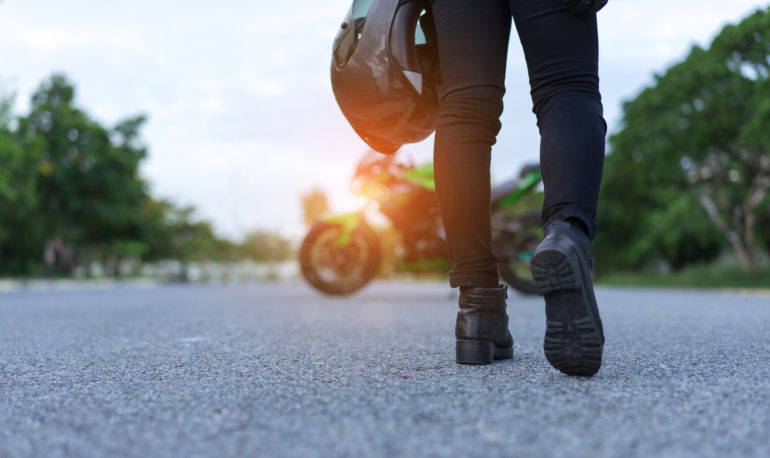 Thanks for sharing such a informative blog.