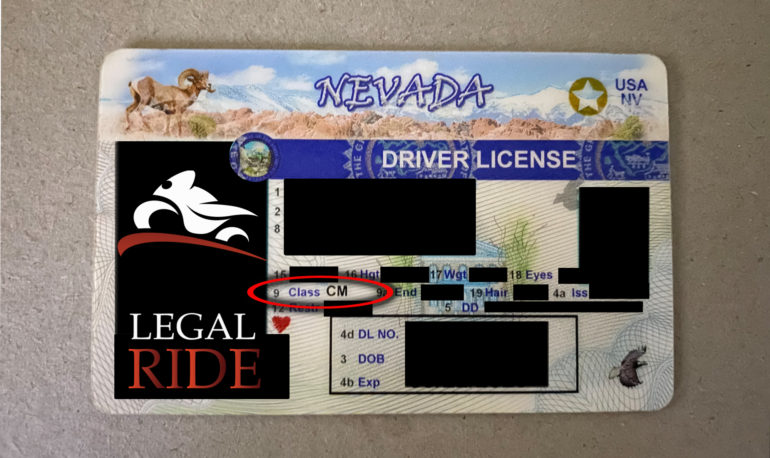 We typically handle approximately 300 motorcycle accident cases a year, more than any other local firm.  We also consult with both local and out-of-state firms on their cases as well, as we have developed the reputation among other lawyers as the go-to firm for motorcycle accident cases.  Many riders do not have an “M” endorsement on their license and are concerned about the effect that will have on their case.  It’s an interesting question and one we have litigated in many courts over the years.  The issue isn’t the direct issue that most people would imagine.

To understand the issue, it is first important to explain some of the rules concerning evidence.  Evidence consists of facts or other information that makes a proposition true or valid.  Not all evidence is equal.  A jury can only hear “relevant” evidence.  Relevance means that the particular piece of evidence in question tends to make a fact of consequence more or less likely.  For instance, video of an accident showing the color of a traffic signal would clearly be relevant as to the issue of whether someone ran a red light.  Whereas, it would not be relevant to have someone testify what their friend told them about the color of the light (that would be hearsay).  The jury only hears evidence which has been “admitted”.  One of the main jobs of a trial judge is to decide what evidence a jury will hear, meaning the judge rules on the “admissibility” of all evidence the parties cannot otherwise agree on.  There are a lot of rules about evidence, and it’s a very fertile area for post-trial relief and appeals.  Those rules far exceed the scope of this blog.  For our purposes, the rules stated above are sufficient.

Of course, the defense lawyer wants the jury to hear that our biker client didn’t have an “M” endorsement.  The true goal of that desire is to paint the biker in a bad light, a rule breaker, someone who doesn’t care to abide by the same laws that all the “rest of us”, meaning the jury, abide by.  Our argument has always been, whether the biker has a series of black dots forming the letter “M” on a plastic card inside a wallet inside the biker’s pocket isn’t relevant as to who is at fault and what the resulting injuries to the biker were.  We have consistently won that issue and in most cases we have taken to the jury, the jury was never allowed to hear that biker didn’t have an “M” endorsement.  The idea being that the prejudice of admitting such evidence outweighs the probative value of the evidence.  That is the standard by which a judge must decide the admissibility of evidence and we have been very successful in keeping this evidence away from the jury.  Interestingly, in talking with many other firms, we have been uniquely successful in this regard, as I have talked to many other lawyers frustrated by the fact that the jury got to hear about their clients’ lack of an “M” endorsement.  Personally, I believe it would be very bad for a jury to hear this, and take a lot of extra work, and distract from the real issue of how badly hurt the biker was.  As the old saying goes, “Liability is the defense lawyer’s sandbox”, meaning the more time you spend focusing the jury on liability issues and blameworthy conduct on the part of the biker, the more the case becomes a judgement about the biker rather than an evaluation of the biker’s harms and losses.

We had one extremely difficult case in particular, where the judge decided to admit the lack of an “M” endorsement as the judge found it was relevant to the issue of the rider’s experience.  It was a case where speed was alleged on the part of the rider, and the defense very effectively argued that speed wasn’t the issue, so much as the lack of judgment, caused by a lack of experience, was what led to the speed to begin with.  It was a very effective argument. In that particular case, we had to take the matter to trial TWICE.  The first time, the defense lawyer deliberately caused a mistrial because things were not going very well for him, and he caused the mistrial after seeing and hearing our entire presentation to the jury.  So he got to see a preview of our strategy to more effectively prepare for the next trial.  At the second trial, we focused very heavily on the rider’s experience and just had him explain why he never made time to go get the endorsement.  That case settled for a very strong 7 figure amount while the jury was deliberating following the second trial.  And taught us a very valuable lesson about focusing on rider experience.

We learned the other end of that lesson at the very next motorcycle accident case we tried to a jury.  There, we wanted to hammer on the rider’s experience because we thought based on the immediate prior trial that it was an issue the jury really would care about.  We overplayed the experience in that case, talking about his training to get an “M” endorsement, his amateur road racing license, and his years of street and track experience.  In that case, the jury penalized our client saying that since he had such significant experience, he should be reacted better to a car making a sudden and unexpected left turn in front of him.  We still got him a mid-six figure outcome, but it would have been more but for the jury’s decision in that regard.

Those were very valuable lessons we learned early on, back in the 90’s.  Nowadays we have a very effective, trial tested group of experts that Damon rides and races with, who are also very high end riding coaches, and very effective speakers, that communicate about these subtle, but important issues, to the jury.  With one recent exception, we have not dealt with a defense lawyer who was able to really contest or even anticipate this sort of expert testimony.

Bottom line, the lack of an “M” endorsement is a serious trial issue that we have developed a unique and solid approach to dealing with over the 27 years our firm has been handling these sort of cases.  Don’t let it be a deterrent to your pursuit of an injury case, just make sure you talk to a lawyer that has a solid game plan and significant experience dealing with the issue.